The magazine contains plenty of useful information for anyone wishing to visit Russia – from hotel adresses in different cities, museums, incoming cultural and sport events to specifics of cuisine in many parts of this enormous country. It also has special sections for fishermen and hunters. We also provide regular updated information on travel and visa formalities for foreign guests. In this issue of the magazine you can also pick on vacationing specifics of other countries and compare them to Russians.

Russia in summer is the main feature of the current issue. You can visit some Russian celebrities and take a tour of their dachas and country houses. We also introduce many picturesque places in the countryside – from Moscow region to some remote parts of Russia. Besides the magazine provides it’s readers with some summer culinary recipes, taken from many countries of the world.

Andrey Bytov on Armenia. In one of his rare interviews famous Russian contemporary writer and journalist Andrey Bytov talks to the magazine about Armenia, her people, history and traditions. He is a well known expert on Armenia and author of very popular book “Lesson of Armenia. A trip to a small country”. This book is still considered by many as one of the best guide books on Armenia.”I do hope that your magazine will help many people to rediscover this amazing and for many still mysterious country, – he says. – I would like to see many more Russians and our foreign guests visit Armenia.”

Diving schools of Russia. President of the oldest and the most famous diving school of Russia – Diving Club of Moscow University Dimitry Orlov discusses the state of diving in today’s Russia. Talks about differences between pleasure diving and sports or extreme diving. The Moscow University Diving Club can provide instructions for all sorts of underwater activities, gives information on the best diving locations in Russia – from the Baltic and Black seas to lake Baikal and the Pacific ocean. It can advise you on equipment or lend it to you. Dimitry Orlov warns that getting instructions before any dive is an absolute must. “Too much recklessness has infected the diving within recent years in most of the countries, – he notes. – That is why we unfortunately have too many tragic accidents. Please consult any licensed instruction before you put on your scuba gear”.

Bikers – Russian style. Our reporter introduce you to a unique Russian style of biking, the slang and terminology of bikers in Russia. You will know all about their clothing style, customs and traditions, motorbikes they ride and motorbikes they restore. Biking has been introduced to Russia in the beginning of the 60-s. Just about that time first biking club “Green Abel” was established by Vitaly Eremin. He just rounded some teenagers and the group went straight from Moscow to lake Baikal more than 8 thousand kilometres away. They still do it every couple of years. Now in Russia there are about 50.000 members of different biking clubs. Unofficially there are almost three time as much.

Kamchatka. Another great feature story of the current issue is the article on Kamchatka peninsular in the Russian Far East on the coast of the Pacific. Probably no other region is mentioned so many times on Russian radio and TV. In the afternoon programmes they usually do all-Russia time-check and announce: “Moscow time is 3 PM exactly. And it is midnight in Petropavlovsk-Kamchatski”. Yes the capital city of the region is exactly nine time zones from Moscow. Our reporters have just came back from the peninsula with many wonderful pictures and yet many more interesting stories. They would talk about volcanoes (Kamchatka has the bulk of all acting volcanoes in Russia), geysers, mud geysers. With their help you will be a guest at a well known local Itelmen tribe (Kamchatka Eskimo people) festival “Alkhalalalay”. You will meet local people, hunters, fishermen and nomads with their large Caribou herds. The magazine also describes and shows you unbelievably rich underwater world of Kamchatka.

Indiana Jones from Moscow. Meet the famous Russian traveller and adventurer Vitaly Sundakov. Our Chief editor talks about this unique man who managed to do more than 40 global expeditions. He’s been to Amazon and New Guinea, Himalayas and Mexico, Australia and Greenland, remote islands of Pacific, Atlantic and Indian oceans, Arctic and Antarctic. Vitaly has many professions, though he considers “Traveller” the main one. He is also martial arts instructor, psychologist, reporter, test-driver, anthropologist, teacher and diving instructor.

Strongman of Russia. He is considered to be one of the strongest men in Russia, certainly the strongest if you ask his fans. Shake hands with Valery Maksiuta officially standing third in Russian strongmen ratings. Maksiuta now is getting ready to pull Russian YAK-40 passenger jetliner weighing 47 tonnes. His own previous record was 20 tonnes.

Mini-Hotels of Sanct-Peterbourg. Family and mini-hotels are now the biggest developing sector of tourist industry in Russians Northern Capital. Russian mini-hotels usually have no more than 8–10 room, unlike their counterparts in the West with 20–25 rooms. We give you the revue of the state of mini-hotels in Petersburg with their services and prices. 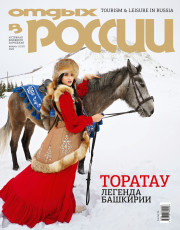