The area of Yakutia is 3,2 thousand square kilometers, one-fifth of the whole territory of Russia, or two-thirds of Western Europe. People who love the northen exotic are offered cruises on the Lena River , one of the great rivers of the planet, “diamond” and mammoth tours, a trip to Oymyakon (the pole of cold, where the temperature drops to – 68C and below) or to the sacred mountains Kiselyakh. Even nowadays in Yakutia you can find a real shaman, celebrate Yisyiakh – a cult holiday of nature revival (summer New Year), see the beauty of a rare natural phenomenon – the northern lights, or aurora borealis… and even hear a whisper of stars!

Vladimir region is one of the most dynamically developing regions of Central Russia. On the map it takes up space that can be easily covered up by a five-ruble coin.

But just from that very small land, the Vladimir-Suzdal Principality, situated between Oka and Volga Rivers, Muscovy appeared, and not long after transformed into a great Russian Empire, which surpassed all nations of the world in size.

The history of Vladimir region associated with the names of such greats as Alexander Nevsky, Andrey Rublev, Dmitry Pozharsky and Alexander Suvorov. Every year thousands of tourists from all over he world come here to feel the history of ancient Russia, to admire the majestic temples and monasteries, and to get acquainted with local customs and traditions.

Vladimir, Suzdal, Gorokhovets, Alexandrov, Murom, Gus-Crystalny and other cities are famous for the beautiful monuments of history, culture and architecture.

The main natural treasure is the famous Meschera. In its forests you can find rare species of animals, birds and plants listed in the Red Book. Vladimir inhabitants are amazingly hospitable and welcome. Come and see that with your own eyes!

Velikiy Ustyug is the birthplace of Grandfather Frost

He promises to visit foreign countries as well. If you fail to meet Grandfather Frost, come to Velikiy Ustyug, where you are always welcomed, or write letters – Grandfather Frost has e-mail now!

Recently, Matti Anttonen, extraordinary and plenipotentiary ambassador of the Republic of Finland in Russia, who knows our country, speaks Russian fluently and travels a lot, was a guest of the magazine “Holiday in Russia”. The first time Matti Anttonen visited the Soviet Union three decades ago, when he was a student.

According to him, nowadays Russia has changed dramatically. In his interview Finnish iplomat shares subtle observations, affirms that the diversity of natural conditions indicates the global opportunities for development of tourism potential of Russia, reflects on the role of tourism in bringing our countries and people together. This year the Finnish side is planning to give the citizens of Russia almost million visas. And after 20 years, sums up the ambassador, we will live in a different Europe, where there will be less borders and people will be closer to each other. 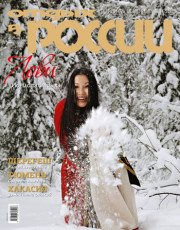